International Women’s Day has adopted a bold theme for 2017, #BeBoldForChange, so we asked five exceptional Australian female executives to share their stories of tenacity, truth, and triumph. With such a wealth of amazing women to choose from we narrowed it down to a selection of executives who are succeeding in traditionally male-dominated areas of business; from the NRL to Tech and Finance, and who through their intelligence and integrity are – fortunately for us –  in a position to offer their inspiring stories today.

Stand firm, stick to your guns and protect your people. #BeBoldForChange 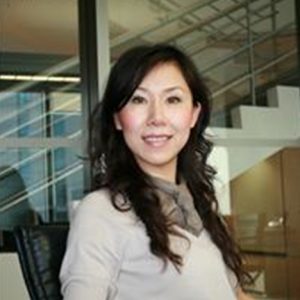 Refusing to back down, Wendy Sun continued to fight for a talented team member to be acknowledged and promoted in the face of global flattening restructure and a weight of managerial opposition.

I was very much challenged when I had to present my restructure many years ago, particularly in regards to one particular person in my team. Because I was able to reallocate some responsibilities and demise duplicated accountabilities for some people, I could position this young guy on my team into a more senior role by adding more responsibilities to his existing role.

The idea wasn’t at all supported by my seniors, they preferred someone else to fill the role. I thought it would be unfair to the young guy in my team who was doing a great job and already taking the vast majority of the responsibilities required by this newly created role.

So I was pulled into a room for a ‘conversation’. Actually it was a bit more intense than that; more like a debate….. I was pressured to re-assess my proposal.

I actually thought about this over the weekend and asked myself, what is the right thing to do? What are my principles and what are my leadership qualities? I believe in authentic leadership. I believe people leaders need to look after their people and be fair. Quite frankly I was prepared to resign if I was criticised again in the way I was. I was prepared to resign to protect my people and my beliefs.

So, the next week I was asked to re-present my strategy. I again presented my same stance that we should consider the young talent from my team for the promotion. So obviously I was in big trouble for not listening to my seniors. But this time HR supported me based on all the facts I presented – and my guy got the role.

It wasn’t very pleasant, but I’m glad I did that.

Trust you can figure out how to figure it out; keep learning. #BeBoldForChange 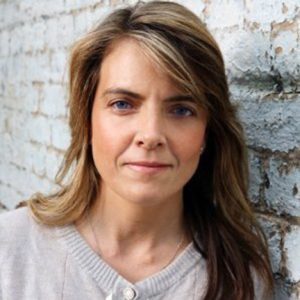 With no language skills or cultural familiarities, armed only with a passport, a phone, and a laptop, Rebekah left everything and everyone behind to set up Fox Interactive Media’s European HQ in France, Germany, Italy, Spain, Sweden… and China.

You’ve got to be open to not knowing all the answers. You’ve just got to learn how to figure out the answers, how to problem solve, and how to work with people to find those answers. I also think it is important to be open and honest about needing help and to fail.

Failing is crucial. Most people, especially in Australian business culture, hide their failures and are afraid to admit they don’t know things. I think that’s actually what holds a lot of people back.

That, and not challenging yourself, which I think is the only way you grow as a person.

When I took that international role with Fox I pushed myself way out of my comfort zone in a number of ways: I was away from home, my family and my partner, in countries where I didn’t know the work practices and which were all culturally different. It was an extremely challenging work.

I also learned the value of self-reliance. I had some extraordinarily great times and some hideously lonely ones too. LA was a highlight, but until you have your own gang it is probably one of the loneliest cities in the world.

Personally, I’m terrified of failure. Every single day I try to make the best decisions and do excellent work; that’s what drives me. To this end, I think it’s important and interesting to constantly learn new skills in life. It teaches you to think about things differently and to use different parts of your brain, it teaches you new ways to problem-solve. As Steve Jobs said; Stay Curious.

My challenge right now is sitting in front of a piano with an iPad teaching myself how to play Beethoven and the theme song from LA LA Land. I was full of confidence and optimism when I bought my piano but I quickly understood neither attribute beats determination and hard work. But I am still enthusiastic.  My neighbors probably don’t share my enthusiasm.

Trust yourself: Take a hit now for the win later. #BeBoldForChange 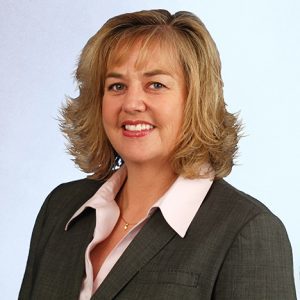 From high-achievement in healthcare to a leader in IT, Fi’s unorthodox ‘leap of faith’ was seated in a knowledge of self and an indefatigable sense of adventure. Starting from scratch in a new sector and building a new, strong career, Fi now champions young women to pursue their career goals in IT.

When I was in nursing, I knew what I wanted to do and I achieved where I wanted to go quickly. But then I felt there was nowhere else for me to go and I needed more. So I took the leap.

I went from Director of Nursing to Business Analyst and dropped $70k/a  week; that was a bit of a shock, but I knew it was the challenge I needed. I’m now a General Manager with William Buck; I’m in charge of HR, Finance, Marketing, Payroll, Admin/Facilities and IT.

Being in nursing is all about team-work and I certainly value that background now. In ICU I learned how to triage, which is prioritising; you need to be methodical, quick and organised. In nursing, I also learned that it’s not the person screaming the loudest that needs your attention, but often it’s the person quietly slumped in the corner that you need to keep an eye on. And yes, I also learned how to deal with difficult people. This is all the same in IT and in business.

The change highlights that you don’t have to be an expert in everything, but all those skills you learn along the way are valuable and definitely reproducible.

Now I spend a lot of time volunteering to encourage women into IT because I think it’s a great career choice. I probably wouldn’t encourage you, if you wanted a career in IT, to start with nursing [laughs], it’s probably a bit of a round-about way of doing it. But that was my bold move and I wouldn’t change a thing, I’d do it all again. I love what I do.

Challenge the norm, find what works for you. #BeBoldForChange 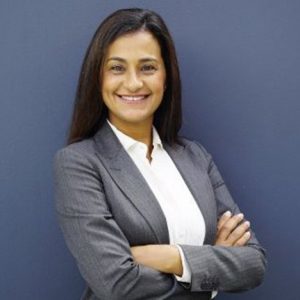 Challenging conventions around mother’s roles and women in business, Laila put her hand up for her first CFO role whilst 8 months pregnant with her first child. She got the job.

Women get enough guilt put on them as it is and I had that coming from all angles. I had it from family, I had it from friends… “It’s the worst possible thing you could do; you’re not going to bond with your child; the child’s going to constantly get sick; you won’t be able to do either job properly”.

But you know what, just because society thinks something’s a ‘norm’ or the ‘right thing to do’ doesn’t mean it’s right for you. You have to go with your own gut.

You can shrug off society’s conventions because really, what is a norm? There was always a norm that’s been broken somewhere along the line; even to have women working nowadays.

If we didn’t break that perception of ‘normal’ or acceptable, we’d all be working nine to five pushing paper around and not really pushing any envelopes or buttons.

I didn’t start out thinking I was going to be this radical person, have my husband stay at home while I go to work; it just evolved that way. Opportunities arose at points in time and my husband and I decided to take them, take the risks and find a way to make it work.

I knew that if I could take on a CFO role, which I knew was a big role with that organisation, I knew I could tackle anything work throws at me. For me that bold move helped me then take on this next move and put my hand up for the CFO role at Kimberley Diamonds.

Put yourself in the right spot, leap at the right time. #BeBoldForChange 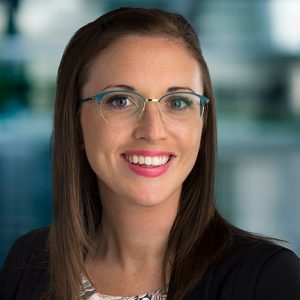 Switching careers midstream from sustainability to technology with no technical background whatsoever, Sarah’s hard-won faith in her core abilities allowed her to exceed her own and her company’s expectations.

In taking the role there was a reasonable fear of just screwing it up or not having the skills that I needed, and therefore having to really prove myself in different ways. If you were a CIO or a technical person, you would not have employed me in that role. [laughs] There’s just no way.

At first I got a lot of ‘so what’s your background again?’ type questions.

So I didn’t try to prove myself on my technical skills because I knew that would fail miserably. What I did have was the ability to find the best people and create a really good team, really quickly, that understood stakeholder needs. I understood customer needs and the pain points so when you’re building a solution it’s not going to land in the market and flop. You prove it over and over again by understanding the customer.

My goal was to prove myself and my ability to create a great high performing team and really understand the customer and have a strategy that hinged from that, so I knew when the product hit the market it would be a success.

It turned out to be way less scary than I thought because the skill set I had in sustainability was completely transferable to technology and innovation. I’d go so far as to saying it was asset. The sustainability skills have the basis for many skill sets across the property sector and across the corporate sector. My fears were unfounded, but it meant that I kind of drove even harder to get great results at the time. That was my bold move.

FutureYou would like to thank all the women who kindly gave their time and insights into our International Women’s Day coverage.

How have you been bold in your career choices?

We appreciate your feedback and insights, please join the conversation on LinkedIn.